Not content with just talking about motor sport, Louise is a keen competitor too. An enthusiastic karter for many years she made her rally debut as navigator for well known amateur driver Tony Jardine at the 1997 Winter Rally in Bournemouth. An invitation to take part in the inaugural Rally Sprint event at Silverstone followed – but this time Louise would be behind the wheel.

She obviously showed potential because that maiden outing was followed by an offer to contest the Jersey Rally in a Ford Rally KA. Impressed by her promise, Ford Motorsport invited Louise to take part in the 1998 Ford Ka Rally Championship.

She contested the series for the next two years and by the end of 1999 had gained enough experience to step onto the international stage. Together with motor sport journalist Maurice Hamilton, Formula One correspondent for The Observer, Louise entered the Network Q Rally of Great Britain. The pair finished a creditable 3rd in class and 82nd overall on Britain’s most punishing motor sport event.

Louise has also tried her hand at circuit racing with guest appearances in the Ford Fiesta Championship, Proton Super Cup and Ginetta Cup. Her most memorable race appearance came at Donington Park though where she was a ‘passenger’ in the first ever race for two-seater Formula One cars. Louise was being driven by F1 star Fernando Alonso in a 200mph Minardi when they were hit by 1992 F1 World Champion Nigel Mansell! 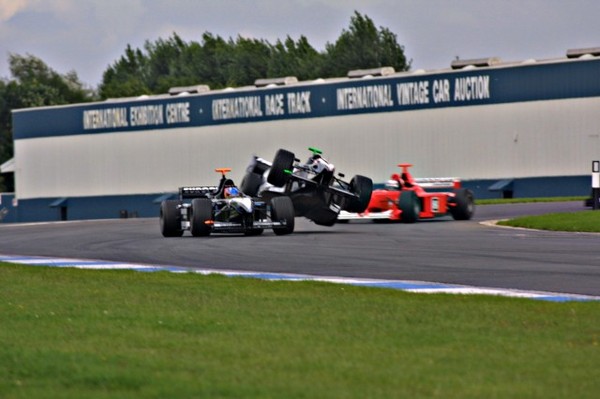