One of three sisters, Louise grew up in Alresford, Hampshire and fell in love with driving at the tender age of four when she sat behind the wheel of her father’s Morris Traveller for the first time.

Despite her love of anything with wheels and an engine, Louise had no plans to follow a career in motor sport. Instead she went to London and worked for a firm of architects before quickly tiring of sitting behind a desk. So she left the UK and went travelling around the United States. Whilst visiting friends in Florida, Louise was introduced to the Editor of ‘Powerboat & Waterskiing’ magazine who soon offered her a job.

She returned to the UK and began her journalistic career as a sub-editor on the magazine. Before long she was travelling around the world to cover offshore and circuit powerboat races and within two years she was promoted to editor.

Louise’s job enabled her to indulge her life-long passion for travel and developed her taste for foreign climes, so she decided to take time out from working for a really good look around.

For the next 18 months she travelled solo around the world, waitressing in New York, working on a parasail boat in the Caribbean and cooking for divers on the Great Barrier Reef to fund her adventures.  She eventually returned home in 1988 lured back by an offer of work for a motorsports PR company. It was a decision that would shape her career – and life – thereafter. 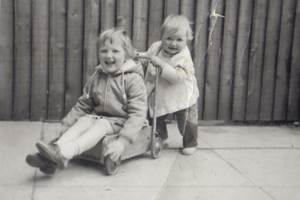 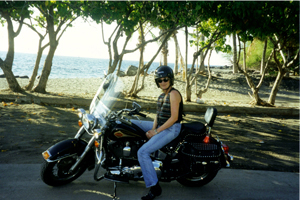